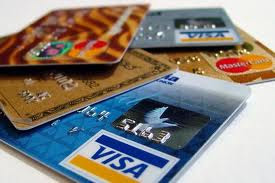 It does not surprise me that America Saves and Experian® found in a recent survey that individuals with credit card, payday loan, and other high-cost consumer debt are more likely to have difficulty saving.

“High cost consumer debt can be a financial nightmare. Regular contributions to a saving account can help consumers avoid the need for this type of credit,” Nancy Register, America Save's national director, said in a statement.

The results showed that these consumers are more likely to use credit to pay an unexpected expenditure, than those without this debt. The survey also revealed that 16 percent of Americans have very expensive payday, car title, or pawnshop loans.

Maxine Sweet, Experian's vice president of consumer education, said cleaning up and paying off debts can have a positive impact on credit scores. When consumers can save, unexpected life events won't send them spiraling into a crisis, she said.

Over half of those surveyed who receive a paycheck (55%) reported having difficulty saving a portion of each paycheck. The percentage of moderate-income households ($25,000-50,000 annual incomes) receiving a paycheck who reported this difficulty (69%) was exceptionally high.

About two-thirds of those with credit card debt (66%), but less than half of those without this debt (47%), reported difficulty saving a portion of their paycheck.

Individuals and families will also be encouraged to save automatically through regular transfers from paychecks or checking into savings, officials said.
Posted by Angela Carter at 7:30 PM

Angela Carter
Angela Carter is an award-winning reporter who has been writing news for the Register since 1995, covering the suburban towns of Milford, Derby and Branford and subsequently, the city of New Haven. She currently reports for the Register's business desk. Write to her at fiscallyfit@nhregister.com